LET OUR KNOWLEDGE AND EXPERIENCE WORK FOR YOU REACH OUT TODAY 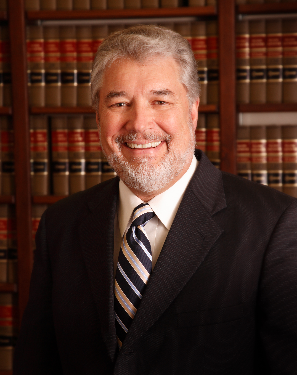 Bill Mauk is the founding partner of the Boise, Idaho law firm of Mauk, Miller, Hawkins PLLC, and its predecessor firms dating to 1995. Bill has over 40 years of trial and appellate litigation experience, principally in the areas of employment law, personal injury and wrongful death matters, complex litigation, and disputes among owners of closely-held businesses.

Bill Mauk earned his Bachelor’s degree from the University of Southern California, attended Cambridge University in England, and holds a Master’s degree in political science from Columbia University as well as a Juris Doctorate from the Antioch School of Law. Earlier in his career he clerked for Idaho Supreme Court Justice Allan Shepard, served as a Judge in the Shoshone-Bannock Tribal Court, and was an adjunct professor teaching Employment Law at the University of Idaho College of Law.

From 1993 to 1997, Bill was Chair of the Idaho Democratic Party, and in 1998 he was the Democratic candidate for the United States Senate from Idaho. For six months (between January and July 2002) Bill took leave from his practice to serve as Director of Litigation Support for Trial Lawyers Care in New York City, assisting over 1,500 volunteer lawyers in providing free legal services to the families of victims of the September 11 attacks on the World Trade Center and the Pentagon, for which he received the American Association for Justice’s “Distinguished Service Award.”

In 2002 Bill received the “Civil Libertarian Award” from the Washington ACLU and the “Thurgood Marshall Award” from the Idaho ACLU for his work overturning the conviction of an Idaho death row inmate. In 2010 he was awarded the “James J. May Trial Lawyer of the Year” by the Idaho Trial Lawyers Association.

Bill and his wife, Susan, met in law school. Susan currently works as a licensed professional counselor in private practice in Boise. They have two happily married sons, two granddaughters and one grandson.